Not all sensory rooms are alike. When autistic people think of sensory rooms, they imagine a room designed for sensory deprivation for calming effects. When designers imagine sensory rooms, they try to cram in as much sensory information to satisfy all assumed criteria. Autistic people have preferences that vary so much, that sensory integration disorder was removed from the DSM-5. The reasoning was that if a there is no way to standardize an assessment for these differences, then there is no way to make a diagnosis, and then treat it.

Autistic people still have these sensory issues, even if the DSM no longer recognizes it. Sensory issues are prevalent in every type of neurodevelopmental disorder, such as ADHD, Angelman syndrome, Fragile X syndrome, Down syndrome, traumatic brain injury (TBI), and Cerebral Palsy. All around the world, schools, retail chains, and airport, are all trying hard to accommodate these sensory issues. The most important thing for these designers to know is that even when they consult with one or two autistic people, they still are probably lacking on specific fundamentals based on a generalized whole.

Sensory “issues” stem from a neurological processing difference. Some autistics have heightened sensory perceptions, where the world is more vivid and noisy than to a neurotypical person. Other autistics have low perceptions, and can seem indifferent to the world around them. Professionals working with autistics must know about sensory variations.

There can be hyper-responsive (sensory seeking), hypo-responsive (avoiding), and rapid cycling between both variations. It’s critical to know that these exist, because otherwise, autistics might find themselves being led to a sensory room with blaring lava lamps and strobe lights in the name of accommodation, and find themselves triggered to the point of subclinical seizures. Yet again, some autistics will find such arrangements delightful, and it may be hard to wrestle them away from these stimuli.

It is imperative that designs should incorporate the actual need of autistics, and not per the idea of the funders of the project. When designs are ill-fitted to the need, we have industrial faux pas where toilet paper rolls are hung inside a shower door, or a 5-point harness is designed for a carseat by someone who has never had to put a child into a vehicle. These lived experiences are essential for avoiding awkward and injurious innovations that are counterintuitive and termed “design fails”.

When evaluating a sensory profile of an autistic person, check for the following: 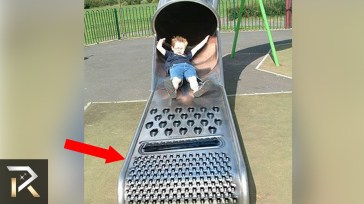 The first is a sensory profile built on olfactory and tactile systems, since the mouth may feel assaulted by food stimuli which are not amenable to its schema. The second is an indication of arousal state, and how the individual prefers to wind down. The third is how the individual interacts with sound—less/silence is enough, or louder is heard better? The fourth is how the multisensory stimuli of sight and sound create a vortex around the person based on the acoustics of an outside space. Much like a room gets warmer when there are more people, the sound and lights will amplify in amplitude toward the autistic in the room. The fifth is how visual information is perceived with the least amount of fragmentation, as the central vision may take on too much information, or in bits, in conflict with a figure-ground extraction from a gestalt.

Once the sensory profile of the individual is identified, a sensory room can be planned to serve a particular set of needs. No single room should be organized to meet all types of sensory profiles, and rather, areas should be cordoned off for different needs. There may be a dark roo, with sound-reduction panels, and weighted items to use while adjusting the glow and color of the recessed lighting through remote control. There may be a lava lamp garden with customizable colors, since neon colors may cause a strobe effect on those who are sensitive to fluorescent rays. There might be a tactile room with nubby textured toys, stimmy balls, plastic grass mats, and rock or string collections. There should certainly be a room with acoustic music instruments, and an invitation to interact with others using this artistic medium. Start speaking to #actuallyautistic people, so your efforts don’t get lost in translation. All humans have a right to sensory safety and to prevent sensory violations.

Phenomenology of the Indigenous Experience: Amazon Kayapo Interview in Brazil with Dr. Henny

DMV Order of Suspension effective March 15, 2021 for the Priority Law Enforcement referral for the encounter that occurred on 8/5/2020