Scott Lilienfeld is a professor of psychology at Emory University in Atlanta, Georgia. He is also  best known to advocate for behavior modification interventions for autistic children. Lilienfeld promotes Applied Behavior Analysis (ABA) and collaborates with behaviorists to insist that anything other than ABA is pseudoscience.

The American Speech-Language-Hearing Association (ASHA) published a position statement urging speech therapists to avoid promoting RPM or FC, because it would violate the ethical standards of forcing a child to use speech, rather than encouraging them to communicate using augmentative devices. Their position is supported by Lilienfeld’s campaign to eradicate access to non-speaking autistic’s communication style. What is most concerning is the promotion of ABA while knowing from current research that Autistics who are exposed to ABA are 86% more likely to meet the PTSD criteria than autistics who were not exposed to ABA. Any autistic person who is systematically silenced when communication supports are withheld, and then forced into a behavior modification program, will suffer untold trauma to their identity as a human being.

Stop listening to Lilienfeld and his colleagues, because they unearth medieval research about therapies linked to the refrigerator mother theory, and hysteria, to illustrate what pseudoscience looks like. A behaviorists who cries foul to these statistics, and uses his argument to fuel misinformation to unsuspecting parents, is a psychologist who is rendered incapable of measuring the impact of his own professional behavior onto autistic people as a whole.

Rebirthing is a technique based on really questionable psychological claims, that a lot of current psychological problems stem from the early trauma of birth, and have to be, in essence, repeated by recapitulating that trauma. This is a technique that has actually led to the deaths of several children who have been smothered to death during rebirthing sessions. 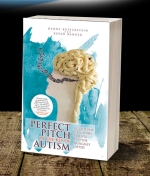 “Why autistics love teleconferencing, and why professionals should make the switch

Research Study: “I KNOW SOMEBODY: Evaluating the Autistic Cultural Impact of Trauma Exposure to Suicide”